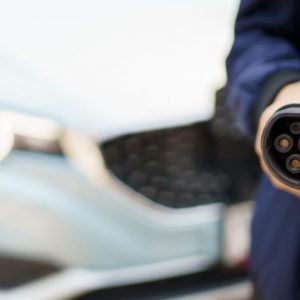 The Car Expert is calling for a new standard to be set for EV charging cables, amid concerns that car manufacturers are short-changing customers with cables that are too short and too slow.

As part of the government’s announcement earlier this month that it was scrping the plug-in car grant, it said that it would be diverting funds into improving the country’s public charging infrastructure. With that in mind, it seems timely to introduce a suitable minimum standard for charging cables to make life easier for electric car owners.

As it stands, there is no clear standard as to what charging paratus is supplied with every new car. The Car Expert is calling for this to be changed. This follows detailed research we have carried out into the wide range of power leads supplied by car makers. Now we’re asking for standardization across the range to make owning an electric vehicle simpler and more practical.

“What was most striking to us is how difficult it is to get useful information out of car companies about EV charging. This creates confusion for customers trying to work out whether an EV could be suitable for their needs,” said Stuart Masson, editorial director at The Car Expert.

“This situation is bewildering and it can be very difficult to even get the information at all. We tasked two people with finding out what cables come standard with every new EV on sale in the UK and it proved to be a genuinely difficult exercise. We also had press offices and dealership staff giving out different information from their company websites or brochures, suggesting that many people within the car companies don’t even know what they’re selling.”

“What was less surprising is that some car manufacturers are short-changing their customers by providing EV cables that are too short to be practical and, in many cases, the cable provided also isn’t up to the job in terms of kilowatt cacity. ”

“It sounds obvious, but your cable needs to be long enough to reach from the charger to the car, and some car companies supply cables that are too short.

“And as on-street charging infrastructure becomes more common, with lamp-post charging and other innovations, we need to make sure that the cables supplied with EVs can take advantage of every last kilowatt so car owners spend less time waiting for their cars to charge up

The Car Expert recommends that all new electric cars should come with a Mode 3, Type 2 charging cable of at least 6 meters in length and able to charge at a minimum of 22kW.

If additional cables are supplied, it should be made clear exactly what they are in all website and brochure information.

“This is an easy win for car buyers that can be implemented immediately,” said Stuart Masson. “The government has said that it wants to improve charging infrastructure for EVs, and this is a simple way of removing one of the obstacles for prospective EV customers. Make car companies supply the right cables, and make sure they’re long enough to do the job.”

In their advertising and press packs, some manufacturers make big claims of their cars’ ability to charge at superfast charging speeds such as 150kW. But that requires a charger and cable to deliver electricity at that rate, which are only found at selected public charging points.

If you’re charging at home, you’re still only going to get the standard charging rate of somewhere between 7kW and 22kW if you’re using a wallbox, or less than 3kW if you’re connecting to a three-point plug.

Car companies also tend to quote very favorable charging times, which are again based on public charging points that can supply electricity faster than a home setup – and, again, it assumes that the cable can cope with that level of performance.

The Car Expert has found that many electric cars don’t even have cables that allow them to take advantage of a fairly common 22kW charge point, making it impossible to achieve that rate of charge unless the customer buys an additional – and expensive – extra cable. Instead, most cars come with a more basic cable that lacks the ability to charge at anything like the claimed maximum rates.

As we move forward into a brave new EV world, the cable you get with your car should be able to take advantage of more rid charging speeds that will soon become more widely available from on-street charging points.

Cable length is an unreported hassle

The length of cable offered is rarely mentioned in the motoring media, but many car manufacturers are offering sub-par solutions here as well and it creates annoyance for customers.

Most cables supplied with new EVs are no more than about 5m long, and some less than 4m meters. Given that the average car is about 4.5m long, it requires drivers to be parked right next to a charging point (and with the car facing the right way round) for the cable to reach from the wallbox to the vehicle because it’s not long enough to go around the car.

For households that have more than one car – and that’s millions in the UK – it could reduce home parking flexibility if they are constantly having to move cars around in the driveway to make sure their EV can connect to the charging plug. Similarly, as we start to see households with more than one EV in the driveway, you want the cable to be able to reach either car without having to shuffle them around.

If we want to help customers adt to an EV society, it’s essential that any cable can charge any car at a reasonable rate. Given that charging time is a key hurdle in EV adoption, supplying cars with cables that don’t allow faster charging is undermining industry attempts to attract hesitant customers.

Chris Montgomery, director of cable supplier EV Chargers Direct, is also calling for consistency across the board.

“There should be some sort of standardization,” he says. “I believe if manufacturers are to include only one type of cable it should be a Mode 3 cable. This would allow all drivers access to charging, whether that be at home, from a domestic charge point or in public, for instance a supermarket charge point.

“If only a three-pin charging cable is supplied, often this would not be useful for someone who doesn’t have off-street charging, as they would have nowhere to plug it in. I think it would be best for manufacturers to supply a five or six meter, mode 3 cable matched to the car’s abilities. So 7kW in most cases, or a 3-phase 22kW cable if the car can charge that fast.”

And, if standardization was brought in, Mode 3 would be the cable of choice for one of Britain’s biggest motoring organisations, the RAC.

“We would like to see all new EVs supplied with a Mode 3, Type 2 AC cable which would let them use public AC 7-22kW charge points,” said an RAC spokesman. “While we don’t believe the Mode 2, three-pin domestic cable is essential, we would like to see manufacturers provide their customers with one for emergency back-up use.

“We feel drivers would like this for peace of mind reasons. But it’s important to note that these cables tend to be more expensive as they feature a safety control unit which communicates with the car to turn off charging.”

Duncan Chumley, CEO at subscription provider Mycardirect (a commercial partner of The Car Expert), said: “We are all too aware of the current situation and the confusing information on EVs to the consumer. EV manufacturers and the changes to government grants and taxation policies are certainly not helping consumer confidence, with no agreed standard, even on the simple elements such as a charging cable.

“We have seen the EV penetration into the Mycardirect fleet grow to 28% – which is double the UK market EV penetration of 14% – however, my sympathies lie with those drivers trying to navigate the issue on their own. The call for standardization is definitely timely.”

The Car Expert believes that a minimum standard now must be considered.

“The car companies are unlikely to agree on this themselves, so the government needs to make it a requirement for the benefit of consumers,” said Stuart Masson.

“If car manufacturers want to supply additional cables for ultrafast charging, then that’s great but there needs to be a consistent minimum standard across the industry. And advertised charging times need to be based on that standard cable, not one that costs hundreds of pounds on top of the car.”

We analyzed the charging cables supplied as standard for more than 20 of the UK’s most popular new electric cars. The results below are based on information provided on car company websites or brochures, or provided directly by the manufacturers.

In several cases, the information is incomplete because the information was not readily available on any company material and the car company press offices hadn’t responded to our requests for this data.