Discovering the Power and Style of the Audi R8

The Audi R8 is a sports car that is sold under the brand name Audi, but it is actually manufactured by Quattro GmbH, which is a privately-owned company specialising in building high-performance cars and components. It is not surprising, then, that the Audi R8 is one of the finest examples of high-performance cars that you can find in the market right now.
First released in 2006 and updated with new yearly versions since then, the R8 has recently been followed by the convertible R8 Spyder, released in 2009. 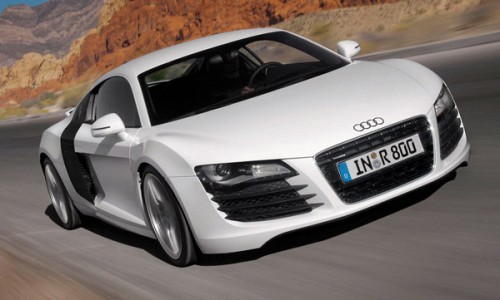 The body of the Audi R8 is based on one of the most popular Lamborghini sports cars, the Lamborghini Gallardo. Built using an aluminium monocoque which makes it strong as well as light, the body has a curb weight of just 1,560 kg (3,439 lb).

The interior of the car is fitted with a Leather/Alcantara combination in the standard model, but it can also be fitted with full Leather upon request. The customer can also eventually ask for bucket seats for their car. A symbol of the Audi trademark quality, these cars are built and fitted manually and can be customised during the manufacturing process. With only 15 Audi R8 cars made daily in the Quattro GmbH production line in Neckarsulm, every model gets all the attention it requires from the early stages.

All in all, the Audi R8 is a powerful two-seater that competes with Porsche 911 Turbo in power and with Aston Martin V8 Vantage in comfort and styling. If you want a car that can be a relaxing drive you while you are going at 170 miles per hour, the Audi R8 may just be the car for you.